This project aims to improve the NIPE process for infants on the Maternity Ward at Gloucester Royal Hospital. All infants receive a NIPE within 72 hours of birth, typically before discharge.

Due to workload, there is often a backlog NIPE’s, with 22% of infants consequently having discharge delayed. An audit identified the time to complete a NIPE varied from 13 – 82 minutes, with an average time of 34 minutes. Variation was attributed to interruptions and delays with 38% of NIPE’s interrupted at least once e.g. to respond to bleep (14%), attend a delivery / emergency (12%) or respond to midwifery concerns (28%). Also 56% of NIPE’s suffered at least one delay for other reasons, including misplaced notes (38%) and unavailability of mother or baby (22%).

We aimed to improve the process by reducing interruptions and delays, which would ultimately reduce the average time taken to complete the NIPE and reduce discharge delays.

1) Reduce average time taken to complete a NIPE by 30% in 4 months.

2) Reduce percentage of interruptions and delays to the NIPE process by 30% in 4 months.

3) Reduce percentage of discharges delayed as awaiting a NIPE by 30% in 4 months.

• Neonatal bleep to be help on NNU rather than Maternity Ward.

• Separation of NIPE and Review workload and timed slots.

• Prioritisation of infants according to readiness for discharge.

• Medical notes to be returned to slot.

All project aims were achieved.

1) The average time taken to complete the NIPE process reduced from 34 minutes to 17.2 minutes, a relative reduction of 50%.

2) The number of NIPE’s being interrupted or delayed at least once reduced from 76% to 20%, a relative reduction of 77%.

3) The number of discharges delayed because infant is awaiting a NIPE reduced from 22% to 8%, a relative reduction of 63%

Making process changes works best when all stakeholders are aware of the rationale.

Be prepared to provide evidence for the changes you want to make to key stakeholders.

To facilitate more midwives to be able to do NIPEs by providing assessment to those in training and participating in refresher conferences. 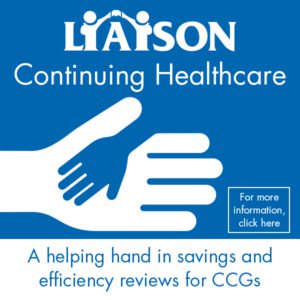